Mastodon is great, yet confusing for too many.

A ramble about a truly user owned social media platform, why it confuses people, and Twitter's acquisition.

With the recent news of Elon Musk’s acquisition of Twitter (-$44 billion) many are thinking of moving away from said platform as Musk isn’t someone without controversy. From emerald farms to just weird transphobia(?) and just straight up being a mega-capitalistic rich white man with too much power, of course many people (including yours truly) aren’t fond of him.

With this acquisition, people are looking to move away from Twitter. Not just because of “rocket man bad” (a phrase coined by many Elon Musk super-fans), but because of his recent talks of changing the platform itself. An important one many are talking about (and is about to be in effect this Monday according to many) are Musk’s changes to verification on the platform.

Verification on Twitter has always been a strange topic. With lots of verified accounts being hacked/stolen to scam people, and some people getting denied and denied over and over again when they are actually in need of the special blue checkmark due to impersonation in the platform. This special blue tick has also been a status symbol on the platform for a long time, so some may feel like others are better (or something, idk anyone who has felt this way) just because they had a blue checkmark on their profile. So Elon’s solution? Just pay for it!

Paying for Verification, the motive, and consequences.

So of course Elon “SpaceX, Reddit User, Emerald Miner, Richest Man In The World, Bought Twitter Instead Of Saving World Hunger” Musk’s solution to Twitter’s problem with supposed “verification elitism” is to let every have a check, for just $8/month! Now of course the real motive behind this is monetization and profit, as Musk has admittedly stated (not necessarily this tweet alone, but it’s the first one that came to mind), however there are consequences behind just simply pay-walling the “special” blue checkmark.

As stated by many, scams and impersonation (that runs rampant on the platform) will grow exponentially. Elon’s supposed solution is to add previously verified users a “Public Figure” tag like politicians currently have. 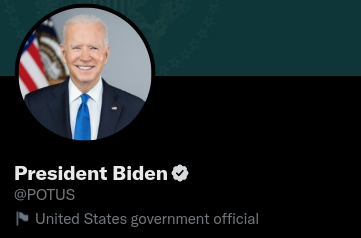 This, of course, doesn’t solve the issue at all, but puts bandage over the newly created problem, that didn’t need to be created in the first place.

Like most news outlets across the world are saying (BBC, CNN Business, USA Today, Forbes), the current move is to go to Mastodon, a decentralized social media platform built on the ActivityPub standard. Now this is great for people that know what those words mean, but saying this to a normal person would confuse them and then cause them not to care and to stay on Twitter.

You should think this is really cool and awesome because it basically means that YOU can own your social media profile. Mastodon is basically just a bunch of different servers talking to each other, kinda like modern email. Email is a bunch of different servers just sending messages to each other. So my Mastodon account is @[email protected], however someone can still reply and talk to me on another server like mastodon.social, and I can talk to them too. This is what makes Mastodon special and what can make it YOURS. This means you can also sign up to servers with specific niche’s like art, or technology. Or yourself could setup an instance for a community your are in, or your friends and family. This doesn’t mean its just your group of people on your server you can talk to, you can still follow and talk to people all across the “feDiVeRsE” (I don’t like that name I’m sorry).

Can I move servers?

Yes! Because all of Mastodon’s servers are built on the “ActivityPub” standard (or at least this is how I think about it), you can move across different servers and keep all your posts, followers, and following!

This is way too confusing, why do I have to find a “server”, I just want to make an account and go.

I get that, finding things like servers and all of this terminology is very confusing at first, however I think looking at Mastodon in a similar vain as email has helped me understand it a lot more. With email, you create an account with whatever provider you want (Gmail, Outlook, iCloud Mail, etc.), and then you can send/receive emails to/from whatever “email provider” out there. This is the same with Mastodon, you create an account with whatever server you want (mastodon.social is a big one, and more can be found here), and you can follow/mention/reply to/from whatever Mastodon server out there.

Mastodon is way too good and “user first” for people to ignore. It’s a shame that there is confusion around it because it really is great software. Mastodon really is the best place to move after the Twitter acquisition (if you are considering moving at all) because there isn’t a possibility of Mastodon “getting bought out” because you can’t just buy Mastodon and all of the servers, because servers are set up by individual users, so ironically Mastodon is real “power to the people” unlike Elon Musk’s $8/month Verification on Twitter. This was kinda a ramble and just what I was thinking as I wrote it, but hopefully it made sense to someone, and I hope more people will be able to join Mastodon, if you do end up making an account somewhere I am @[email protected].